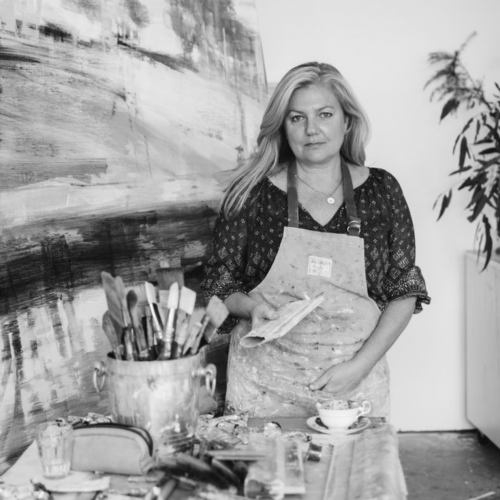 Susan Baird is an Australian artist living and working between Sydney and the historic village of Hill End in rural NSW. Often created en plein air, she is known for her paintings of Hill End and other Australian landscapes.

“I am primarily interested in the Australian landscape and painting as language to portray time and place. For the past decade I have been engaged with the Hill End landscape, drawing upon it’s many guises. I held my first exhibition in Australia in 1984 and for the period between 1984 and 1992 I was largely self – taught and held several successful exhibitions around Australia.

In 1992 I moved to New York City to attend the New York Studio School, an atelier- based painting school to hone my observation skills. Working primarily from the figure, students are encouraged to question and find truth in the mark making process. When painting in the landscape these lessons learnt have stayed with me as a kind of armature to a more visceral way of painting.

In 1997, after moving back permanently to Australia, I studied at the National Art School in East Sydney. In 2013, wanting to consolidate my practice I received my Master of Art from The University of New South Wales, College of Fine Art. During my time at COFA I first visited Hill End and became captivated by the landscape and the light which echo’s through the crevasses of time. Hill End’s unconditional gift are the voices of countless artists over many decades that have come to tap into its collective spirit.

In December 2017 after dozens of road trips, two residencies, and the generosity of friends lending their homes we bought Bowman’s Cottage, an historic wattle and daub miner’s cottage. I have now made Bowman’s Cottage my permanent studio in the landscape. I will be presenting a new body of work in my forthcoming solo exhibition  ‘ Where the light falls’ at Arthouse Gallery in Sydney ‘June 5 – 26.

A dreamy little study that’s in my studio from 2